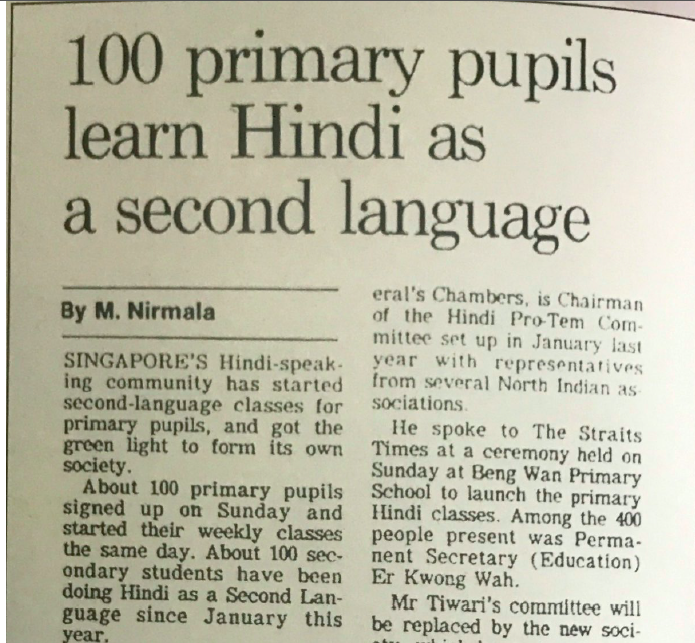 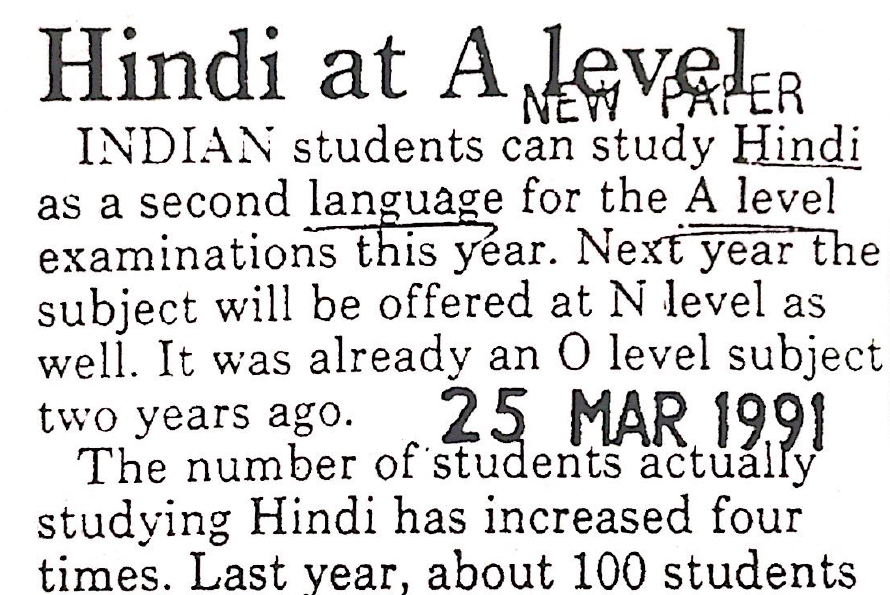 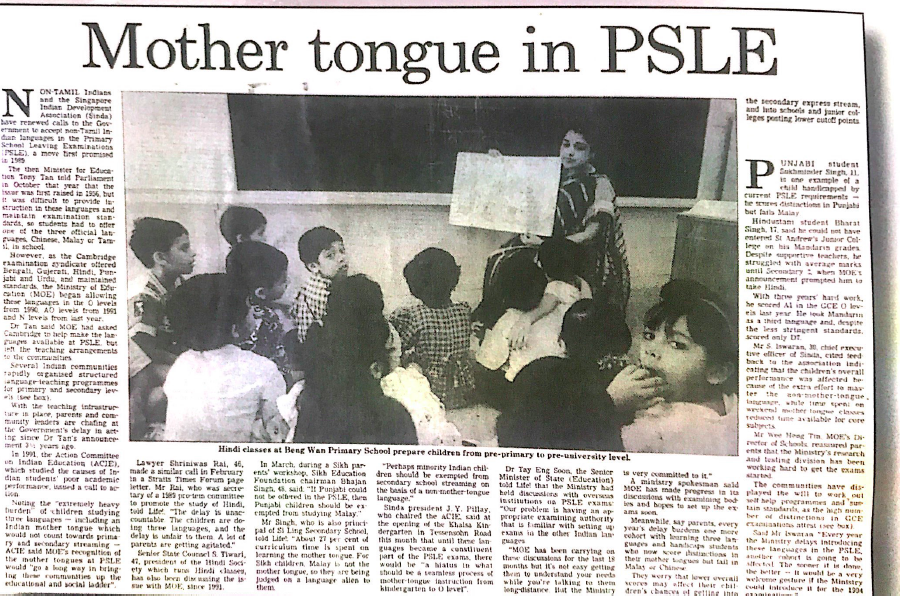 HISTORY OF HINDI IN SINGAPORE

The Pro-tem committee met for the first time on 4th February 1989 and began an examination of the various facets of the matter e.g. the number of students likely to study Hindi, how to attract such students, information on the Hindi speaking population, the logistics of organisation of classes availability of facilities, finance the question of representations to the Ministry of Education etc. Sub-groups were set up to look into these issues.

Mr. Sivakant Tiwari met the Minister for Education, Dr. Tony Tan on 4th of October 1989 to make representations. The representations were intended to put on record the problems faced by Hindi speaking students and to request for the recognition of Hindi as a second language.

On the issue of recognition, Mr Tiwari met the then Minister for Education, Dr. Tony Tan. He discussed the issue with Dr. Tan and handed over a memorandum to the Minister who told Mr Tiwar that the ministry would reconsider the request sympathetically. However, if the recognition came about the community would have to organise and manage the Hindi language classes as the ministry did not have the expertise to manage the teaching of Hindi.

On 6th October 1989, the Minister for Education made an announcement in Parliament that five Minority Indian languages would be allowed to be offered as a second language in Secondary schools up to the ‘O’ level Examinations i.e. Bengali, Gujarati, Hindi, Punjabi  and Urdu. Howell the students would have to make arrangements for their own teachers though the Ministry would provide premises for lessons.

In the interest of the students, it was necessary that the Hindi classes be institutionalized and be run on a continuous basis. Hence, a Constitution was prepared and application for the setting up of a Hindi Society to run the classes was submitted. On 4th Aug 1990, the Registrar of Societies granted approval for the registration of the Hindi Society {Singapore). 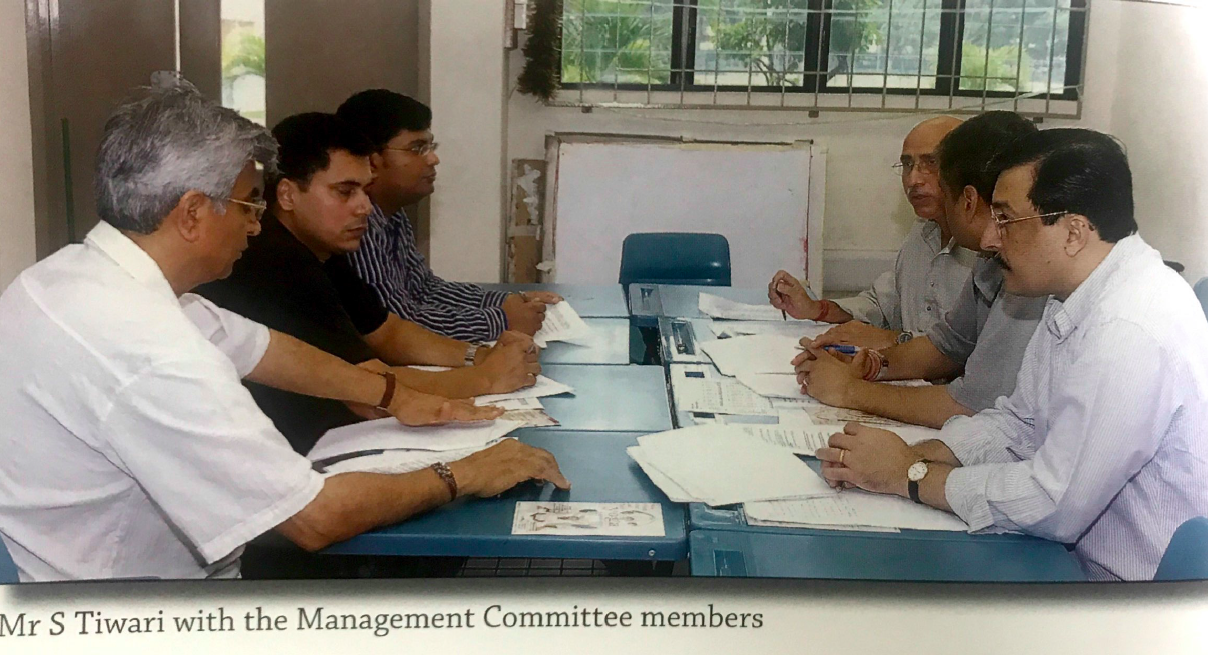 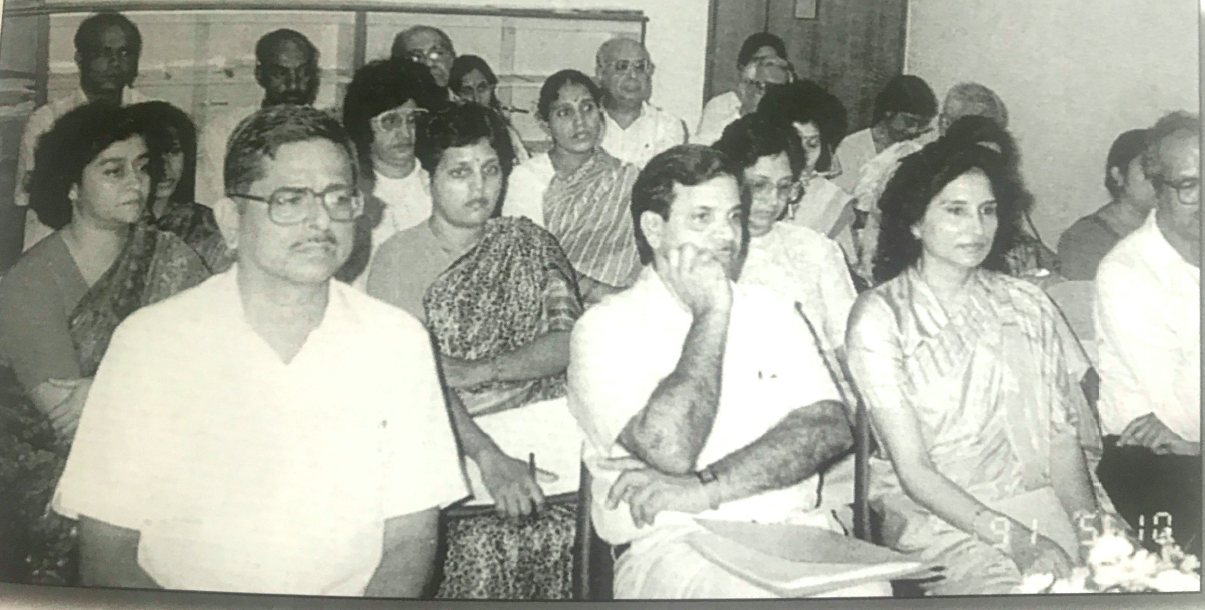 One hundred and eleven students had registered for the Hindi primary classes. Three classes were organised for them and the classes commenced on 5th Aug 1990..

The secondary classes were initially held on Sundays between 9 am to 12 noon. These classes were continued during the school holidays to enable the secondary students to improve their knowledge of Hindi. Additional classes were held for students in Secondary III and IV as they had a shorter time before they sit for their ‘0’ level Hindi Examinations.

The Hindi Primary classes were held from 9 to 11 am on Sundays. 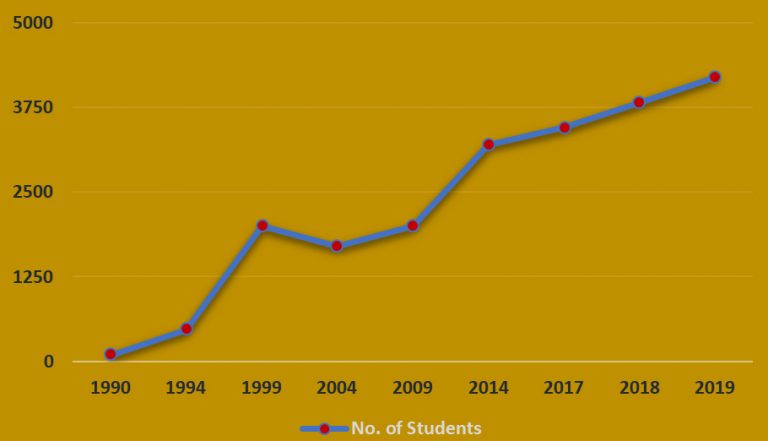 The Committee met to examine the various facets like logistics of organization of the Hindi classes & other questions for representation to the Ministry of Education.

Mr. Sivakant Tiwari met the Minister of Education, Dr. Tony Tan to request for the recognition of Hindi as a second language.

Announcement by Minister of Education

The Ministry of Education gave permission for Hindi to be taken as a 2nd language at A level.

After SINDA ceased using the Mahatma Gandhi Memorial Building in 1993, the building fell into disuse and gradually deteriorated.

In the year 2008, with the encouragement and assistance of His Excellency President S R Nathan and former Member of Parliament Mr S Chandra Das, the late Mr Sivakant Tiwari and Mr VashdevKhialani negotiated and concluded, on behalf of the Hindi Society (Singapore), with Mr Shriniwas Rai and Mr HaiderSithawalla, on behalf of the Trustees of the Mahatma Gandhi Memorial, a Lease of the Mahatma Gandhi Memorial Building so as to revive the use of the building.

Start your Hindi classes with us!

The Hindi Society (Singapore) is committed to continue teaching the Hindi Language with excellence in the decades to come.